Martin began producing instruments in 1833. Prior to serial numbers, the different instruments were identified by the Martin brand which was stamped into the back of the headstock, the upper portion of the back or on the back binding strut visible through the soundhole (the eased blocking reinforcing the center joint between the 2 back pieces).

The original instruments had a paper label that read: “Martin and Coupa”

Some pre-1898 guitars have the date penciled on the top just inside the sound hole.

Before 1929, the model size and style designation was generally written on a paper label and glued inside the top of the instrument case.

After workers at the Nazareth factory had been employed for a period of years they were permitted to fashion an instrument for themselves at the plant. Many of these unique instruments pop-up today and don’t fit any clear category. Fortunately, they are often signed by the builder.

Ukuleles did not carry serial numbers but can be roughly identified and dated by the headstock:

Interestingly, the original order for Martin decals was placed in June of 1932. This implies that a number of ukuleles built in 1930 remained in the factory until being sold in 1932. It was, after all, the depression. This would also explain why the occasional pre-1932 Martin guitar appears with a decal.

The serial numbers started with number 100 and go to 99999. We’ve found many exceptions to these numbers but they are an OK guideline to the approximate date of manufacture.

Labels that are white oval were used from 1902 to 1954. The oval label were then changed to orange. On instruments with round sound holes, the label is visible directly inside. On f-hole instruments, it is visible through the upper f-hole. The second type of serial numbers used started with an A prefix and ran from 1947 to 1961. The first number is A 100.

In 1961 it changed again. The following are the approximate serial number ranges.

From 1970-1975 all numbers were stamped into wood and assigned a six digit number. There are many exceptions and sometimes letter prefixes were used. The orange labels inside hollow bodied instruments were discontinued in 1970 and replaced by white and orange rectangle labels on the acoustics and small black, purple and white rectangle labels were used on electric models.

In 1977, Gibson first introduced the serialization method that is in practice today. This updated system utilizes an impressed eight digit numbering scheme that covers both serializing and dating functions. The pattern is as follows:

The numbers 001-499 show Kalamazoo production, 500-999 show Nashville production. The Kalamazoo numbers were discontinued in 1984. When acoustic production began at the plant built in Bozeman, Montana in 1989, the series numbers were reorganized. Bozeman instruments began using 001-299 designations and, in 1990, Nashville instruments began using 300-999 designations. It should also be noted that the Nashville plant has not reached the 900s since 1977, so these numbers have been reserved for prototypes.

It is estimated that Gibson’s Kalamazoo plant continued to use the 6 digit serial numbers through 1978 and 1979. So double check the serial numbers on those 1970s L-5s, Super 400s, and Super 5 BJBs!

Gibson’s Factory Order Number (FON) System
In addition to the above serial number information, Gibson also used Factory Order Numbers (FON) to track batches of instruments being produced at the time. In the earlier years at Gibson, guitars were normally built in batches of 40 instruments. Gibson’s Factory Order Numbers were an internal coding that followed the group of instruments through the factory. Thus, the older Gibson guitars may have a serial number and a Factory Order Number. The FON may indicate the year, batch number, and the ranking (order of production within the batch of 40). This system is useful in helping to date and authenticate instruments. There are three separate groupings of numbers that have been identified and are used for their accuracy. The numbers are usually stamped or written on the instrument’s back and seen through the lower F hole or round soundhole, or maybe impressed on the back of the headstock.

Factory Order Numbers for the years 1935-1941 usually consisted of the batch number, a letter for the year and the instrument number. Examples are as follows:

Code Letter Factory Order Numbers were discontinued after 1941, and any instruments made during or right after World War II do not bear an FON codes. In 1949, a four digit FON was used, but not in conjunction with any code letter indicating the year.
From 1952-1961, the FON scheme followed the pattern of a letter, the batch number and an instrument ranking number (when the guitar was built in the run of 40). The FON is the only identification number on Gibson’s lower grade models (like the ES-125, ES-140, J-160E, etc.) which do not feature a paper label. Higher grade models (such as the Super 400, L-5, J-200, etc.) feature both a serial number and a FON.
When both numbers are present on a higher grade model, remember that the FON was assigned at the beginning of the production run, while the serial number was recorded later (before shipping). The serial number would properly indicate the actual date of the guitar. FON examples run thus: 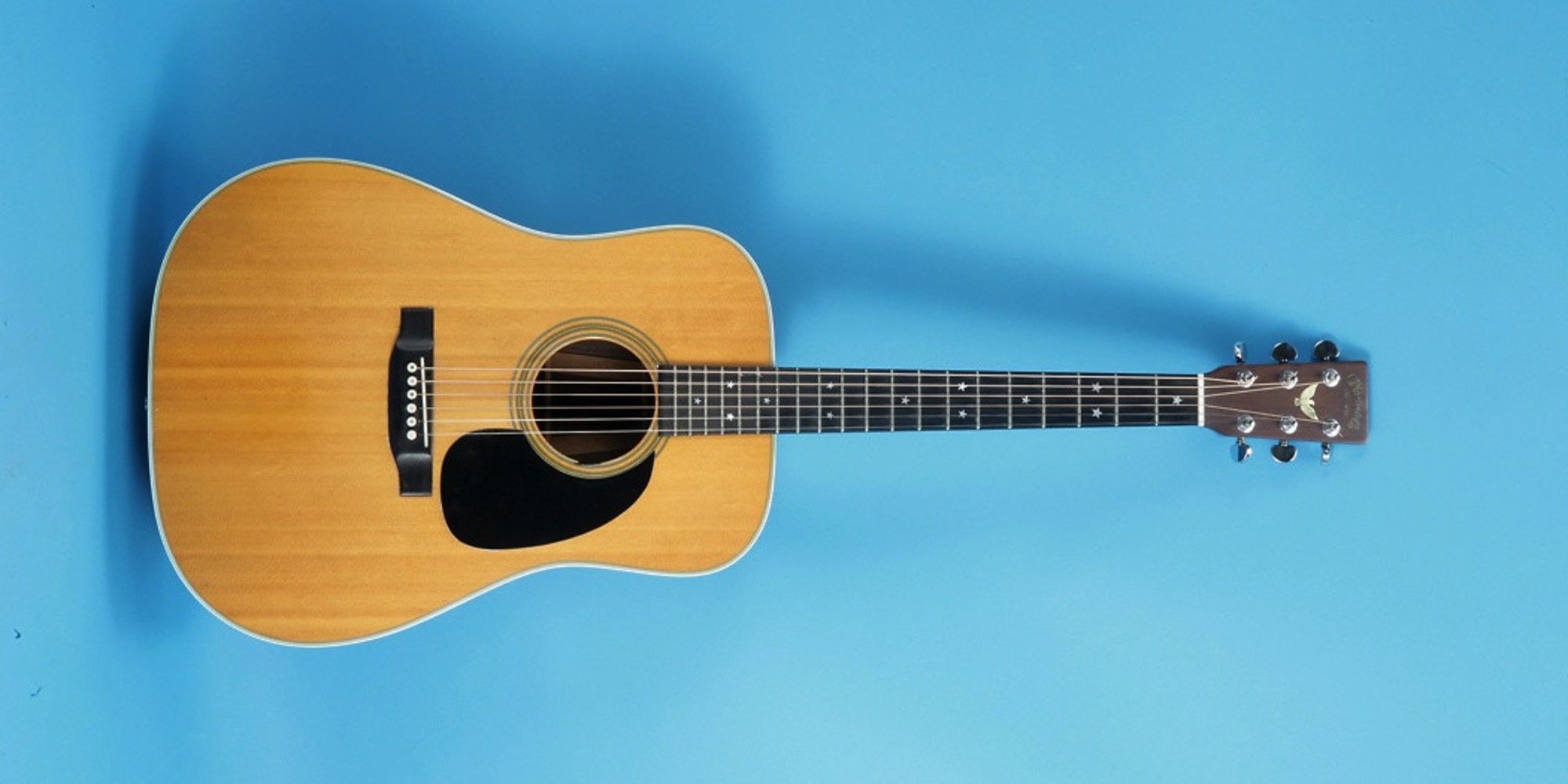 After 1961 the use of FONs was discontinued at Gibson. There are still some variances that Gibson uses on some instruments produced today, but for the most part the above can be used for identifying instruments. For the most accurate identification you would need to contact the Gibson Guitar Corporation itself.

Before 1965 it is possible to determine the approximate date of the instrument by it’s serial number but a more accurate method is to consider both the serial number and the appropriate specifications together. The system of numbering at the Brooklyn Gretsch factory was approximate at best and many inconsistencies exist in both serial numbers and product line specifications. To complicate matters, Gretsch built many one-of-a-kind prototypes and there were employee variations on the cataloged lines.

Since there are examples of consecutively numbered instruments with different specifications, it appears that the serial numbers were not applied simply to batches of instruments.

Hyphenated number impressed into back of peghead.

1900-1970 Sequential-listed below
1-6 digits stamped into the top edge of the headstock-often difficult to read. Some banjo models have the serial number stamped on the inside of the rim.

The Levin factory closed in 1979. Some nylon string acoustic models were built by Landola in Finland.

In late 1947, Levin redesigned and modernized its entire line of instruments. Changes included cutaways on archtops, natural finish on some f-hole guitars and mandolins, and a line of nylon string acoustics. Up to that point, only the top 3 archtop guitar models (The De-Luxe, Solist and Royal), some early lutes and some fancier banjo models had names. All Levin’s other instruments were identified by a model number only.

After 1947 all models were given a name and a model number. The model number was inconsistently stamped as a prefix or suffix to the serial number. If the model was available in both natural and sunburst finish, the letter “N” would follow to denote a natural finish instrument. The use of a prefix or suffix was largely discontinued in 1955 when the most of the lines were redesigned again. Some prefix and suffix designations remained on old models until they were all discontinued by 1958. In the redesigned lines of 1955, all models were identified by model number only.

A few prefix or suffix’s were occasionally used-but without clear reason.