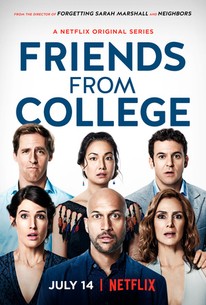 This season features more serialized storylines; it begins when Rachel discovers that Ross is dating Julie, someone he knew from grad school. Julie returns for several episodes early in the season. Rachel's attempts to tell Ross she likes him mirror his own failed attempts in the first season, but she accidentally lets it slip out on a phone call. When Ross finds out, he dumps Julie so he can pursue a relationship with Rachel. But Rachel becomes furious with him when she finds out that he made a list of her bad qualities, comparing her to Julie, and she breaks up with him. Eventually, a prom video reveals that Ross intended to take Rachel to the prom when her prom date was late. Rachel forgives Ross, and they begin a relationship that lasts into the following season.